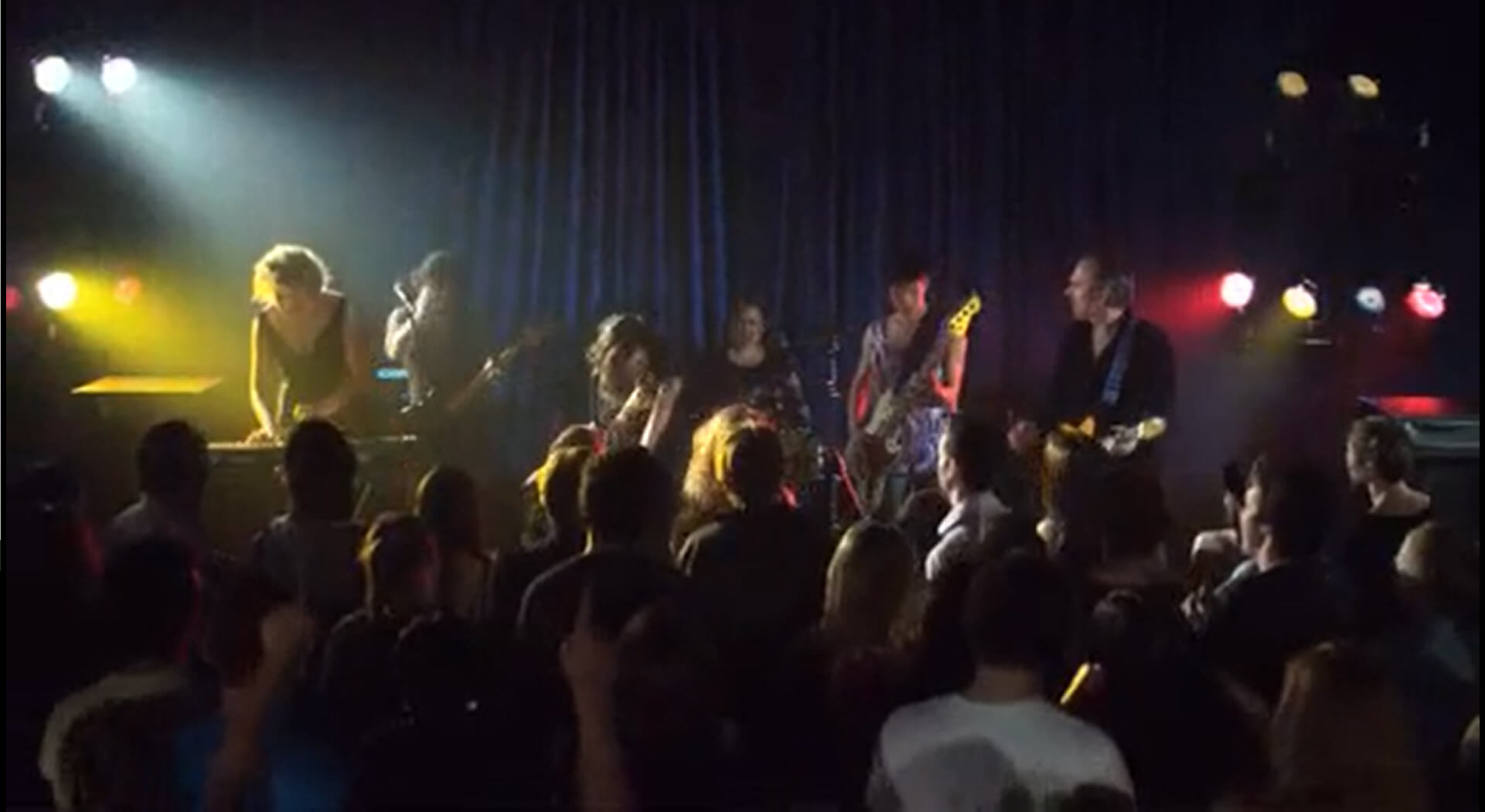 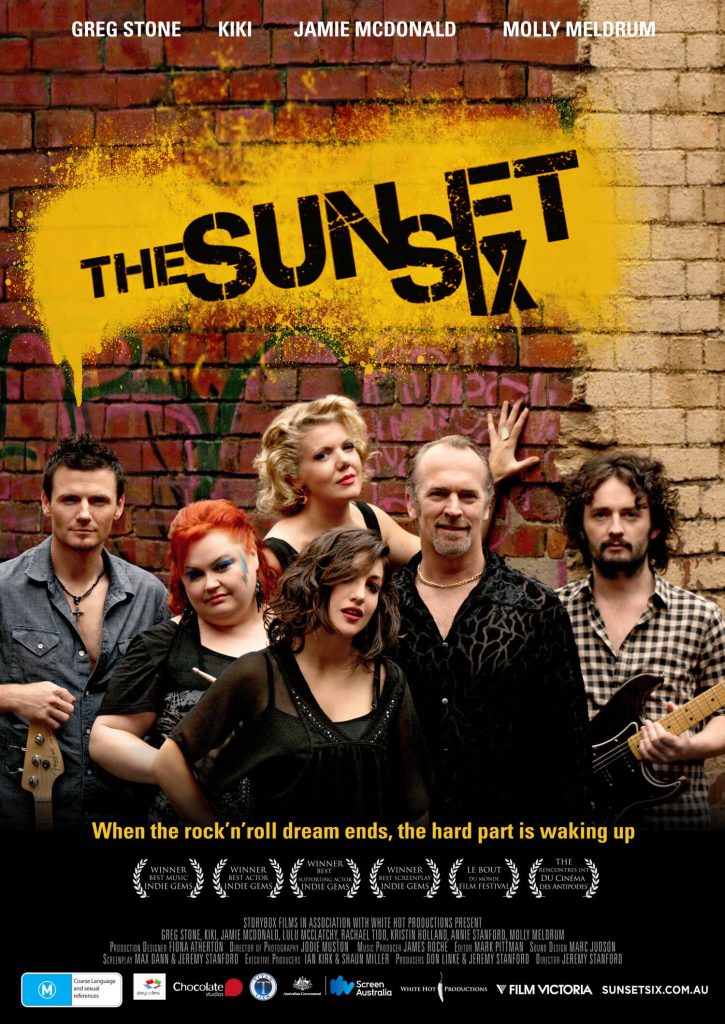 Riff is a faded rock star. A sex addicted, alcoholic wash up who hasn’t written a good song in twenty years. His new outfit, The Sunset Six believes him when he says his back catalogue of new hits is on its way. But its not. Oops.The surprise offer of a record deal awkwardly reveals there is in fact, no songs and as evidence of his appalling behavior begins to mount, Riff’s tenuous grip on leading his new band to fame and fortune begins to unravel. The Sunset Six is a rock’n’roll comedy about a band’s rocky road to musical heaven.